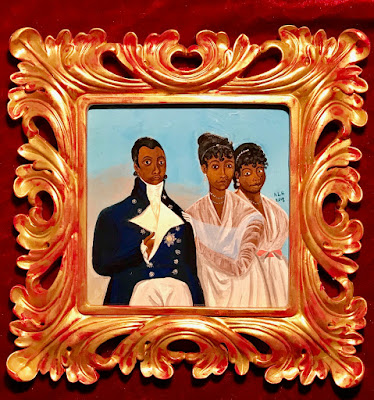 My latest Masterpiece is a miniature titled "The Haitian Royal Family" 4'5 x 4'5 SOLD! This handpainted miniature was influenced by a recently discovered 1811 painting of Jacques-Victor, prince royal of Haiti, Anne-Athénaïre, and Françoise-Améthyste, The royal children of Henri Christophe, king of Haiti, and Marie-Louise Coidavid, by a unknown artist. The strong Haitian influence in New Orleans began with the arrival of the early Haitian settlers in the late 1700s who brought culture and diversity to the Creole city of New Orleans.