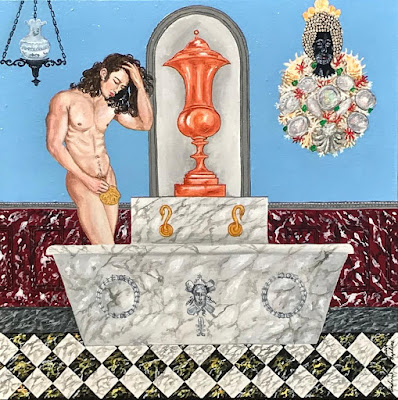 My latest painting "Neptune's Bathroom" 12 x 12 is inspired by Christian Dior’s beautiful Neoclassical inspired Bathroom from his Château de la Colle Noire. The French designer bought the 123-acre Château in the South of France in 1951 and loving began renovating the 29-room Château and landscape the grounds where he mentioned he hoped to retire someday in his 1956 autobiography Dior on Dior.

“I think of this house now as my real home, the home to which, God willing, I shall one day retire, the home where perhaps I will one day forget Christian Dior, Couturier, and become the neglected private individual again.”

Christian Dior unfortunately passed away in 1957 and never realized his retirement dream. The Château was bought and sold many times over the years and the contents auctioned off. In 2013, Christian Dior Parfums bought the home and spent the last three years renovating it and buying back original furnishings. 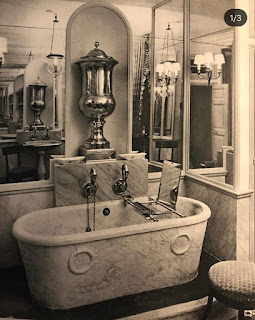 Christian Dior design his bathroom himself after studying French period Barthrooms from the    Directoire, Consulate, and Empire periods. Thank goodness the original fixtures remain in the castle. 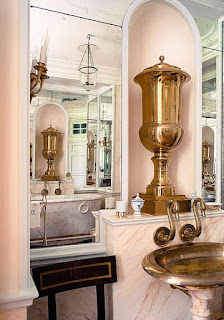 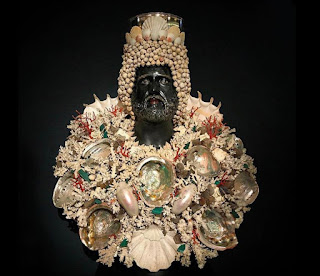 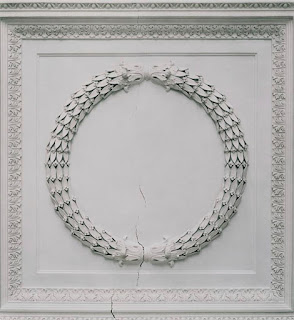 Nice English Neoclassical design I used on the marble bathtub 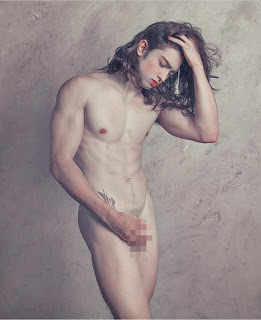 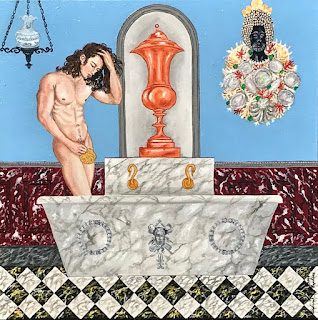