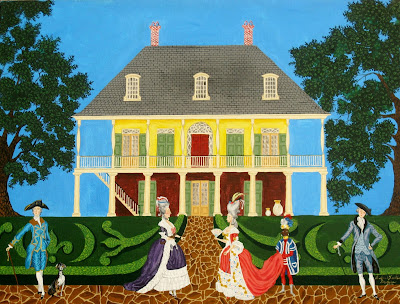 My latest Masterpiece is called "The French Colonial Habitation". I have worked on this painting since I have returned from France 3 weeks ago. It shows a late 18th century Creole scene in front of a Louisiana, Creole French Colonial plantation house framed by two large live oak trees. The main level of the house is elevated with tall French doors that open directly onto the galleries on both levels. 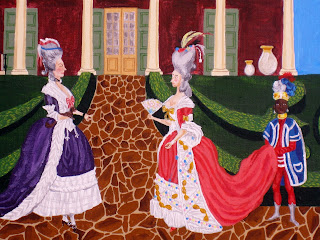 Most Louisiana Creole homes have exterior staircases within the galleries like this house. The steep hipped roof with three dormers extends up to 12 feet to form the gallery. The deep galleries shade the walls from sun and protect the walls from rain. Creole aristocrats are fashionably dressed are posed on a cobblestone walkway. Under the gallery are French Olive jars. Behind the aristocrats is a French style Parterre garden in the shape of fleur-de-lis, a stylized lily. 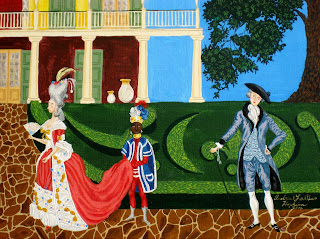 Since France was once a Catholic nation, the Fleur de lis became commonly used "at one and the same time, religious, political, dynastic, artistic, emblematic, and symbolic", especially in French heraldry. Next to the gentleman on the left is a Louisiana Catahoula Dog. The Catahoula is the result of Native Americans having bred their own dogs with molossers and greyhounds brought to Louisiana by Hernando de Soto in the 16th century. 18 x 24. Acrylic on canvas board.Available, Price upon request. 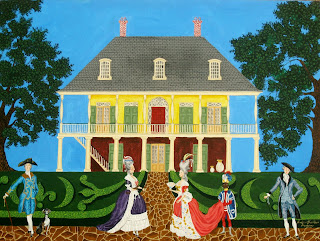 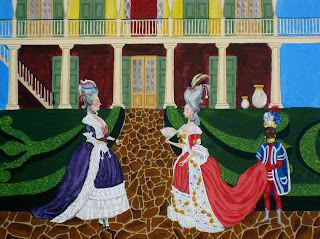 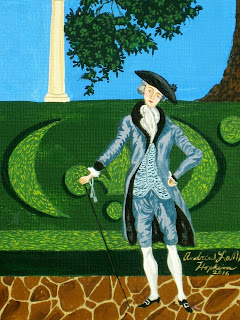 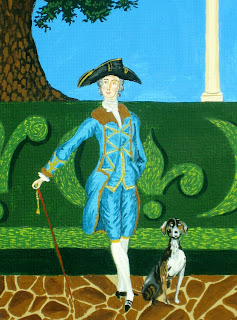 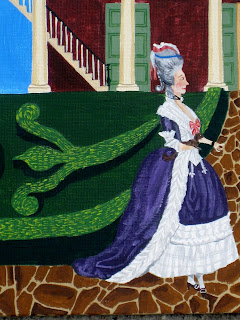 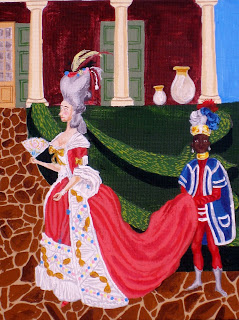 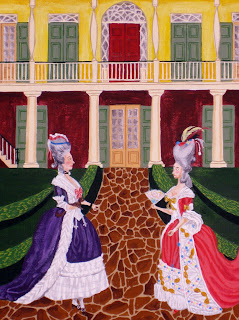 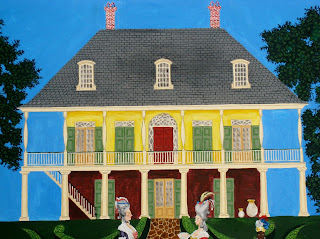 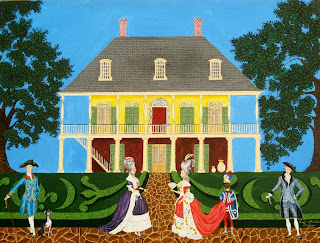 If you would like to see more of my Art works you can visit my site here.