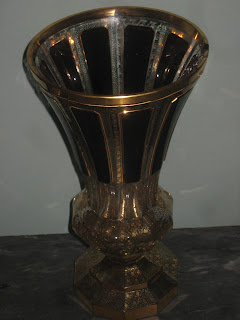 1840's-50's Bohemian cut crystal urn shaped vase
This has been a exciting week of antiquing! I bought a fabulous rare pair of early 19th century Baltimore painted fancy Federal chairs. I will have a up and coming blog just on them. Today I got a regal Bohemian cut crystal urn shaped vase for twenty five bucks at a estate sale! The large heavy vase is panel cut with a overlay of Royal purple panels at the top. The vase is covered in ornate gold gilt filigree covering the body. I love the classical shape of the vase and cut. Plus Royal purple is a rare color in mid 19th century German Bohemian glass. This season I will place it in the middle of my early 19th century dinning room table, and use wedding band Old Paris porcelain around it. 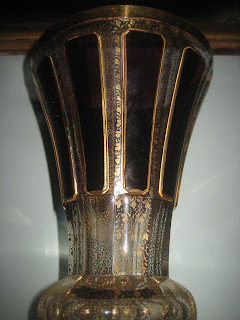 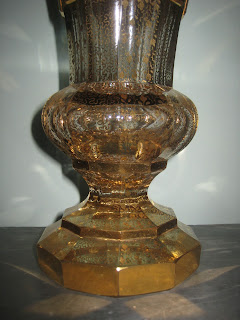 I loved the gold clad octagon stepped shaped base of the vase
Just about every day I go to a few thrift stores looking for whatever antique that come in, in the last 24 hours. I got lucky this week. I finally bought my first piece of sterling silver at a thrift store. As I turned over the Late 19th century Victorian monogrammed cup marked .50 cents with a black marker, stamped on the bottom was sterling. This was my lucky day. I have many Antique dealer friends that have found Coin and sterling silver at thrift stores now it was my time. As I was looking over shelves I noticed a shopping cart full of about 50 framed Mobile, Alabama family photographs dating from 1870-1940 and most in there original period frames. They were not priced so I returned the next morning to find them priced and scattered about the store. I was sad as I looked over the photos and I knew the story of the one time well loved images. I'm sure some old person died and the younger relatives cleared out the home without looking over there family items. 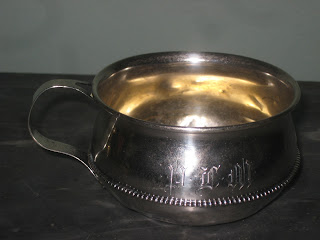 19th century stering silver Victorian monogrammed cup with gold wash interior
I rescued two pf the photo's. One of a interesting looking young man in World war 1 clothing in it's original frame and the other a 1870's-80's photo of Mother and child with family genealogy on back. The family that the collection of photo's were from a Mobile, Alabama's family of importance the Wilson/Gaillard family. Other photo's that I did not get included a turn-of-the century photo of a nude baby on a bear skin rug in it's original oval frame. I double marriage photo's from the 1920's the woman look like flappers. High collared Victorian woman with mink and a interesting frame showing the same family dog in 5 different photo's from the 1920's. All were priced at one doller to three dollars. 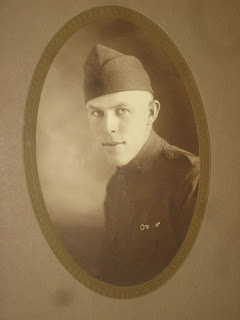 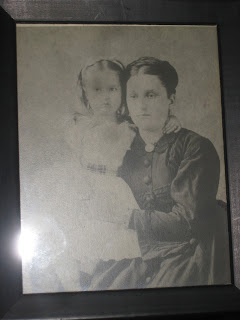 1870's-80's photo of Mother and child with family genealogy on back. 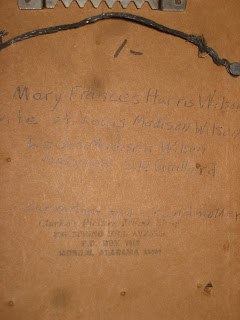 Wilson/Gaillard family genealogy on back of frame
Posted by andrew1860 at 4:51 PM