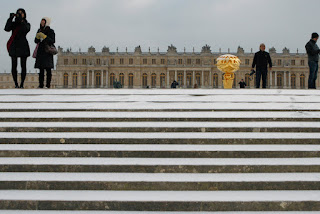 PARIS (AP).- Administrators of France's Versailles Palace said Friday that they have agreed to lease an adjacent building to King Louis XIV's 17th-century chateau for use as a hotel.

The Hotel du Grand Controle, which was the home for financial advisers to French kings for decades, will be getting a €5.5-million ($7.3-million), yearlong facelift by Belgian company Ivy International as part of a deal concluded in recent weeks.

The 23-room hotel, with views of the palace's Orangerie garden, will open in late 2011. The building previously belonged to the Defense Ministry — which used it as an officers' mess hall — and it later fell into disrepair.

Versailles managers are granting a 30-year operating lease to Ivy.

The deficit-plagued French government has been looking for ways to make money out of state-owned buildings. Versailles officials said the palace does not have enough available cash to pay to refurbish the outbuilding itself.

"We picked an outside, private partner that is doing it for us," said Mikael Hautchamp, an assistant director of the palace that gets thousands of visitors to its lush grounds and ornate rooms each day. "This deal is saving a building."

In October, a report commissioned by President Nicolas Sarkozy recommended money-raising ideas including opening luxury hotels in royal chateaux on the state's vast real estate portfolio — much of it unused. And in June, the government started a big sale of 1,700 state properties to shed dilapidated, expensive-to-maintain buildings.

The Hotel du Grande Controle, which was built in the 1680s, isn't on the actual grounds of the palace, a UNESCO World Heritage site considered one of the great achievements of 17th-century French art.

It's as close as any hotel patron can get to staying in the palace.

"The visitor will have the impression of being in the Versailles domain, not the palace itself," Hautchamp said, adding that no other hotel has similar views. "It's about 100 meters (yards) from the heart of the palace."